Ectropion is a common condition where the eyelid turns outwards, usually due to age-related laxity of the lower eyelid. In the early stages, patients often have symptoms of a watery eye as the tears can no longer flow through the tear drainage system. The lower lid may appear very red as the conjunctiva is exposed. In later stages, the lower eyelid can turn completely outwards, called a tarsal ectropion.

Ectropion can be very irritating for patients and can lead to repeated eye infections and in severe cases, corneal ulcers. Surgery is the mainstay of treatment for ectropion and has a high success rate. 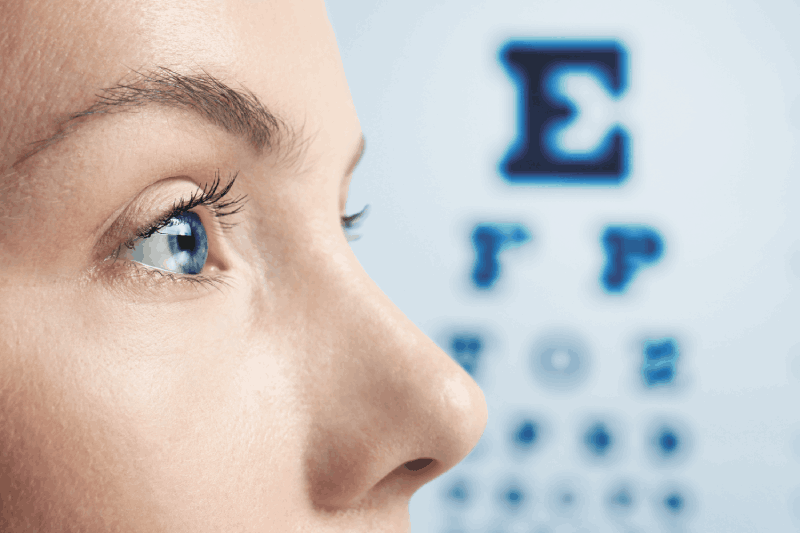 What Are The Signs And Symptoms Of Ectropion?

Ectropion may present with any of the following signs or symptoms:

When To See A Doctor?

Ectropion may be diagnosed by an optician or GP who can refer you to an ophthalmologist for further assessment and treatment. You should seek immediate medical advice if you have been diagnosed with ectropion and you experience any of the following symptoms as they may indicate development of an eye infection or corneal ulcer.

What Are The Causes Of Ectropion?

The most common cause of ectropion is age-related changes to the structural support of the eyelids. At your appointment, your ophthalmologist will examine the eye and the eyelids to detect the cause. 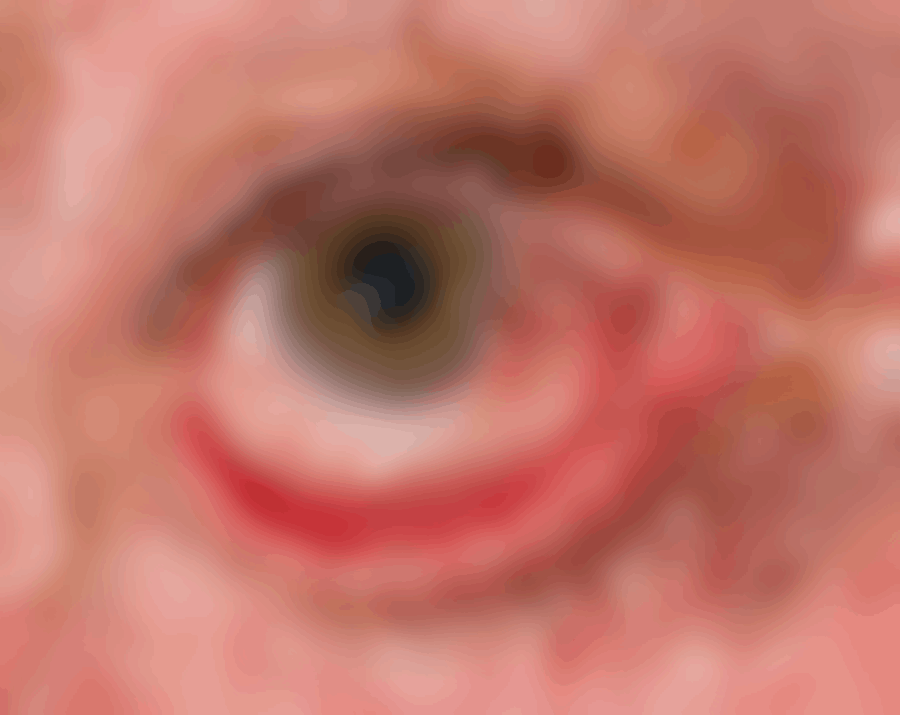 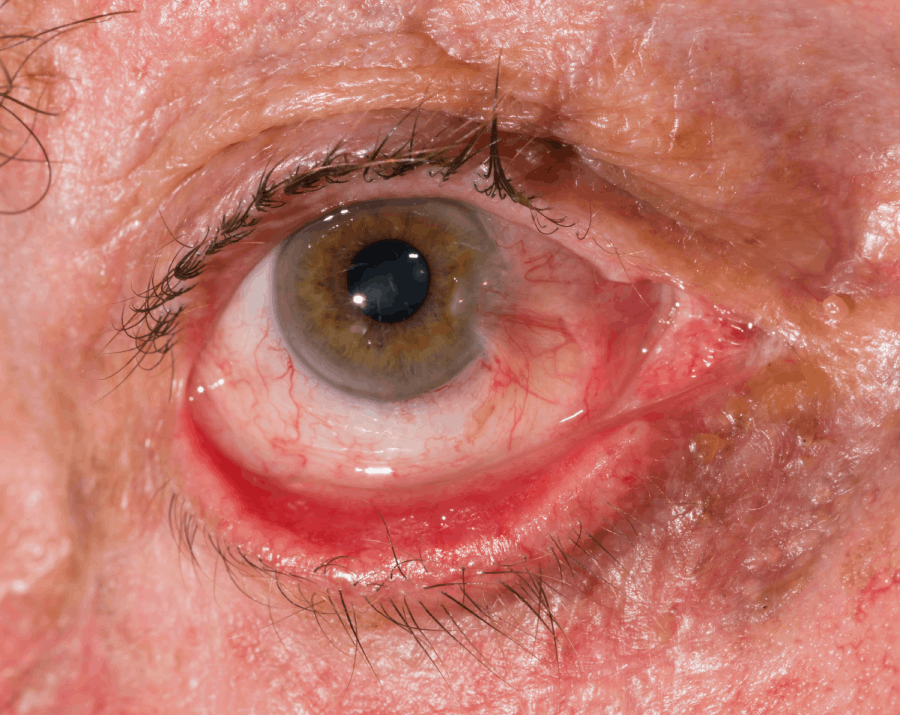 Age Related Changes to the Eyelids

The most common type of eyelid ectropion is age-related (involutional) ectropion. As we get older, our facial muscles, including those around the eyelid, begin to weaken, stretch, and sag. The lower eyelid is particularly affected since the surrounding muscles and tendons can no longer keep the eyelid taut against the surface of the eye. Laxity of the eyelid can cause it to turn outwards causing an ectropion.

Conditions such as Bell’s Palsy and surgery for facial tumours can affect the facial nerve which supplies the eyelid muscles. Damage to the facial nerve can lead to facial paralysis and ectropion of the lower eyelid. This is called paralytic ectropion and is more complex to treat. Patients with facial paralysis require an accurate assessment and management plan which may involve multiple procedures to the upper and lower eyelids to restore normal anatomy and protect vision.

Mechanical ectropion can occur when a lump, cyst, or tumour develops on the eyelid. These growths can pull the lower eyelid outwards. If a mechanical ectropion is suspected, patients must be referred urgently to an ophthalmologist for assessment to exclude a cancerous lesion.

In very rare cases, ectropion may be present at birth which is called congenital ectropion. This is usually associated with underlying genetic disorders such as Down’s syndrome or ichthyosis.

Burns, trauma, previous surgery and skin conditions including rosacea can affect the normal resting position of the eyelid. These conditions may cause scarring of the skin which can pull the lower eyelid outward leading to a type of ectropion called cicatricial ectropion. Previous eyelid surgery (blepharoplasty), especially in inexperienced hands, can cause significant scarring that affects the upper or lower eyelid, leading to ectropion.

What Are The Types Of Ectropion?

There are five different types of ectropion which are treated differently:


Involutional Ectropion
Involutional or age-related ectropion is by far the most common type of ectropion and usually occurs from the age of around 60 onwards. As the eyelid tendons and ligaments become lax with age, they can turn outward. Once involutional ectropion has developed, it is a permanent condition that is best treated by eyelid surgery.

Cicatricial Ectropion
Cicatricial ectropion is caused by scarring of the skin which pulls the eyelid outwards. Burns, trauma, previous surgery and skin conditions including rosacea can all have this effect.

Paralytic Ectropion
Paralytic ectropion is caused by damage to the innervation to the muscles which supply the eyelid, usually seen following Bell’s palsy or facial nerve palsy.

Mechanical Ectropion
Mechanical ectropion is caused by the weight of a mass, pulling the lid down and outwards.

Congenital Ectropion
Congenital ectropion occurs when the lower lid margin has been turned outwards since birth and is the rarest type of ectropion.


What Are The Complications Of Ectropion?

Unfortunately, once an ectropion has developed, it is unlikely to resolve without treatment. This is because it is caused by structural changes to the eyelid. In most cases, patients have symptoms of watering, redness and ocular irritation which may slowly progress. Repeated infections are common and in severe cases, corneal infection or ulceration may develop. 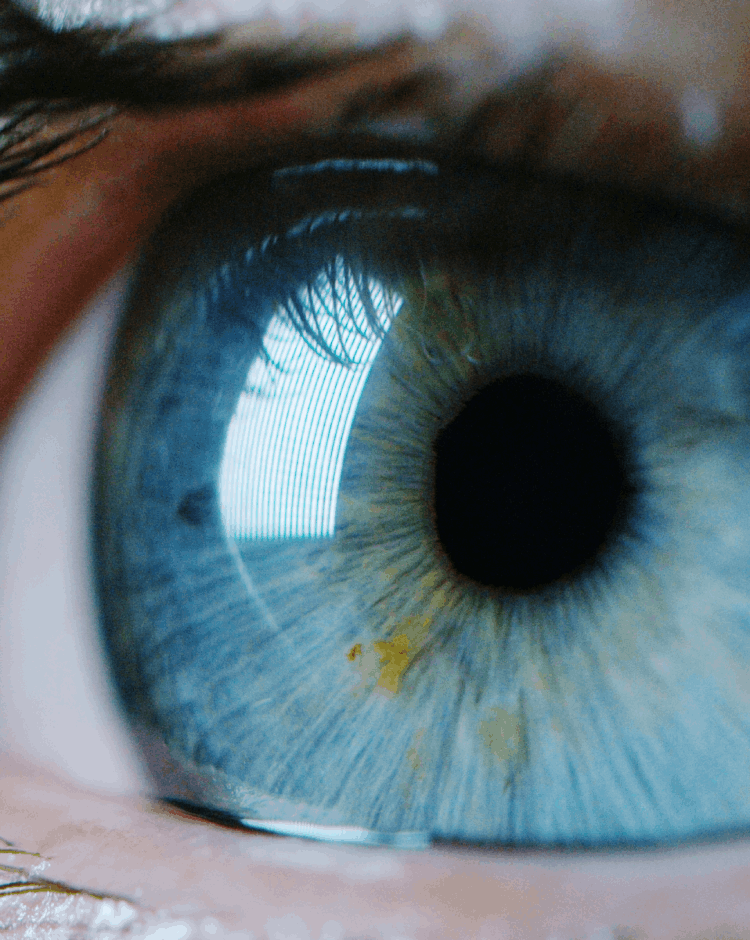 What Is The Treatment For Ectropion?

Surgery is the only treatment option which will restore the natural resting position of the eyelid. In milder cases or if patients wish to avoid surgery, regular topical lubricants may be prescribed. Artificial tears during the day and ointment at night can help to keep the eye lubricated and prevent further irritation or damage. 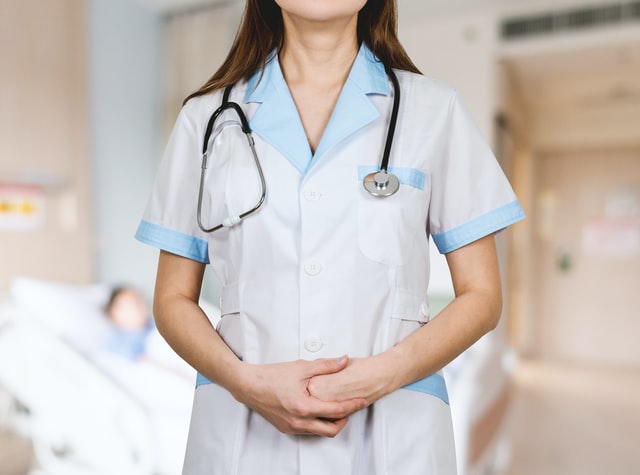 Surgery is the only treatment option that can permanently correct the eyelid position. The procedure varies depending on the type of ectropion and usually involves the tightening and repositioning of the eyelid tissues.

Age-related (involutional) ectropion surgery involves tightening the lower eyelid with stitches at the outside corner of the eye. This is usually performed under local anaesthesia with sedation. The patient is awake but sleepy for the procedure and the area is numbed with a small injection into the lower eyelid. The whole procedure will usually take around 30 minutes per eyelid. The patient may spend around half a day in the clinic or hospital when allowing for preparation and aftercare. Cicatricial ectropion may require a skin flap or graft in addition to tightening of the eyelid. The skin may be taken from the upper eyelid, in front or behind the ear or from the upper arm. The site will depend on various patient factors including skin excess, colour and texture. This surgery takes 60-90 minutes per eyelid and the aftercare is longer.

The treatment of mechanical ectropion depends on the management of the eyelid lesion and usually involves a biopsy followed by further surgery. A comprehensive approach must be taken for patients with paralytic ectropion in association with facial weakness to protect the surface of the eye and to prevent visual loss. This may include upper eyelid surgery, a tarsorrhaphy, mid face lift and lower lid tightening. A thorough assessment by an ophthalmologist will be required to plan surgery appropriately.

Ectropion surgery usually only requires local anaesthetic with intravenous sedation which ensures that you are comfortable and sleepy throughout the procedure. At your appointment, your ophthalmologist will discuss your medication with you and you may be asked to stop some medication prior to surgery. It is important to tell your doctor if you take any specific medication, due to any possible side-effects or reactions. Your doctor will advise you when to stop eating or drinking depending on your planned anaesthesia.

Surgery will correct ectropion almost immediately for most patients. There may be some short-term discomfort, as with any surgical procedure. It's completely normal to experience some bruising and swelling around the area that has been operated on after surgery but it will usually subside between one and two weeks. We aim to minimise any scarring by making incisions along the natural creases of eyelids. Stitches are usually removed at one to two weeks.

After the procedure, patients will be advised to:

Post-surgical complications such as bleeding or infections are uncommon but are a risk after any operation. It's essential to follow advice on aftercare so the eyelid can heal properly.